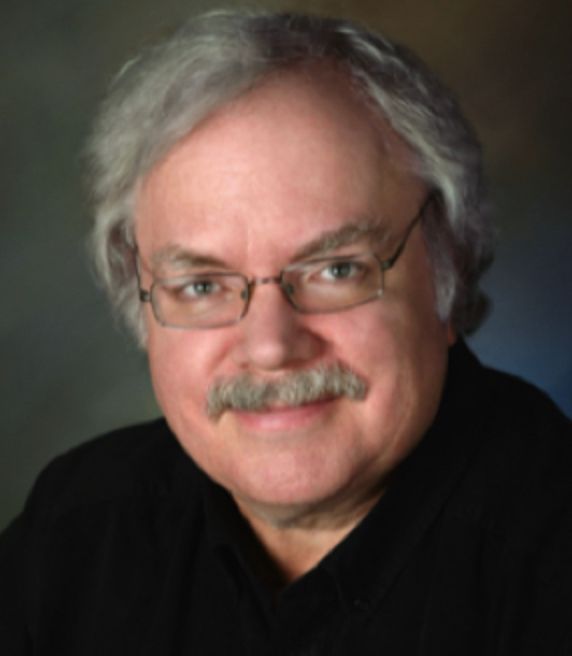 I'm Brian Dear, author of "The Friendly Orange Glow: The Untold Story of the PLATO System and the Dawn of Cyberculture," published by Pantheon Books in 2017. In addition to this book I've founded a number of tech startup companies going back to Coconut Computing in 1987, and later companies like Flatworks, Eventful, and Nettle. I've also held management positions at RealNetworks, eBay, and MP3.com. For the past four years I've been working on another narrative nonfiction writing project related to Tesla and the global transition to EVs.

I blogged about this back in 2013 so I'll start with a reference to what I wrote then.

Here is a more detailed writeup:

Started jotting notes on the book back in 1985 on a Zenith Z150 PC using MSDOS and WordPerfect to type up interview transcripts recorded on a cassette tape recorder. Moved to NeXTSTEP on a NeXTCube in 1991, working in Framemaker but mostly using TextEdit for text. Eventually moved to Macbook Pros running MacOSX (they last about 3 years each, I’ve found, so I’ve had about 6 or 7 since 2000) and write using primarily TextEdit for doing transcripts and all the other text. Occasionally used BBEdit or TextWrangler but primarily TextEdit.

Somewhere around 2002 I migrated away from cassettes to hand-held digital recorders, with MP3 or WAV files as the output. I did interviews from 1985 all the way through 2016. And then eventually got the virtually unknown but insanely helpful Transcriva app on Mac which proved to be a lifesaver in transcribing interviews. Feed it a video or a WAV or MP3 and play/pause while typing the transcript with timestamps, names of each person speaking, etc. I converted boxes and boxes of old interview cassette tapes to MP3 files and used Transcriva for years, just typing away doing transcripts. All in all many hundred interviews were processed, in addition to countless hundreds more email interviews I conducted over the decades. Alas, the indie developer of Transcriva went on to other things, and I haven’t been able to upgrade MacOS for a few years because the second I do, I will no longer be able to run Transcriva since it doesn’t run in 64-bit mode. Another example of why I avoid specialized software apps; they always let you down in the end.

As for organizing all the material, I simply used the Mac's filesystem to create directories and subdirectories for interview transcripts, text file archives of ancient PLATO notesfiles (online forums), AV files (audio, video, images), documents on PLATO hardware, software, PLATO lessons, issues, places, eras, other things going on in computer history, and countless other topics, as well as a huge "People" directory with a gazillion subdirectories for every person I was writing about and many I just was tracking. The whole thing was hundreds of gigabytes.

One app I found indispensable—EasyFind on Mac. I shunned Spotlight because I didn’t trust Apple to be reliable (I was proven right) and used EasyFind to brute-force text-search stuff. Did great and was plenty fast.

The book project also wound up having well over 13,000 emails from 1996 onwards, and those along with the interview transcripts were by far the two most important fully-searchable text-bases I had for the book research. Could not have done the book without all the supportive, helpful emails from thousands of people who shared insights, memories, stories, documents, images, etc.

History of backups: initially done via 5 1/4" floppies, then 3 1/2" floppies, then ZIP drives, then magneto-optical drives (for NeXT computer), then external drives ever since, as well as via cloud backups since oh, 2010 or so. I am hyper about backups.

How I organized the manuscript: had a big Manuscript filesystem directory with one subdirectory per chapter inside. Also in the main Manuscript directory were various drafts of an Outline text file, in which I kept working on the organization of the book. Inside each chapter subdirectory were miscellaneous drafts of the text, plus an OmniOutliner outline text file for the chapter, as well as a big "Slush" subdirectory for literally anything and everything (text files, save web pages, images, etc) potentially relevant to a given chapter. With OmniOutliner I would copy and paste all sorts of things (text, notes, all the interview transcripts relevant to that chapter, PDFs, images, whole web pages) from the raw slush subdirectory, and then start laying out an outline for the chapter. I also would redline the transcripts where I wanted to quote from, then pull those sections out and paste 'em somewhere in the outline where it seemed appropriate.

All this went on for years and years. Eventually I had a solid outline for the book, as well as solid outlines for each individual chapter. (Well actually the “book" was going to be three books, totalling about 2000 pages but the publisher laughed at that; so what were Books 1, 2, and 3 became Parts I, II, and III in the final 640-pg single volume.)

From 2008 onwards I used the Mac version of Microsoft Word for the manuscript. Not a fan of Word but it's what publishers require. Always created separate files for each chapter. Only at the point I was submitting a new draft to the editor would I create a single Word file and copy and paste all the separate chapters into the one file, then clean up the formatting to make sure it complied with all the publisher’s strict formatting rules (Times Roman, 12pt, double space, etc etc). The TFOG manuscript was supposed to be 150,000 words but it wound up being 229,000. We cut it down to 209,000 after a couple of intense months of editing and we shipped that. I think my acknowledgements section has more thank-yous to specifically-named individuals than any other book in history :-)

I wrote The Friendly Orange Glow all day long, morning, noon, and night. No particular pattern like some Famous Authors (“I get up at 5, drink my coffee, then write until 11” — not me). The last six months of writing, in 2016, are still a blur. I just entered a "zone" and tried to stay in it for months on end. It was the only way to get the manuscript done and to the publisher on time. I still do all of my writing on a Macbook Pro (with 30" CinemaDisplay) while I'm seated in an Aeron chair at a big Amazon door desk (google it) which I bought in Seattle in 1997 after seeing the desks all over Amazon’s offices.

Having written is the dream! Everything else is hell. :-) Other than a Mac, TextEdit, quiet, a daylight window next to the desk, and a comfortable chair, the setup is no big deal imho.